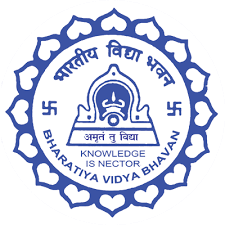 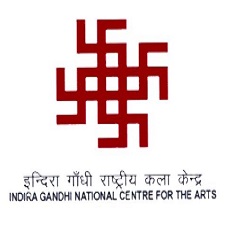 INFINITY FOUNDATION INDIA IN COLLABORATION WITH

Reaffirming the Sanātana Dhārmic Roots of this divine music culture

Of the various vidyā-s that originated in India, Adhyātma-vidyā and Saṅgīta-vidyā are quite prominent. Since time immemorial, spirituality and music in India have grown hand in hand. Music in ancient India was considered as Gāndharva Veda, an Upa-Veda of Sāmaveda, the root of which is nothing but ‘Om’- the primordial sound. Karnāṭaka Śāstrīya Saṅgīta (Carnatic Music as it is popularly called), the present evolved form of the ancient music system of India, is known for its sublimity and uniqueness, and stands apart when compared to other forms of music across the globe. Carnatic music is no doubt art music - a system which has the most sophisticated and advanced rāga and tāla systems, an infinite corpus of outstanding musical compositions, the concept of absolute/creative music or ‘manodharma saṅgīta’ and much more. However, it is equally true that it is also devotional/sacred` music - a system that is so much tied to and integrated with its Vedic/ Sanātana Dhārmic roots and with Hindu culture and ethos, that all its Rāga-s, Tāla-s, Gamaka-s and Sāhitya-s are meant to be carriers of the greatness of Hindu deities, scriptures, themes and concepts.

However, from the past few decades, (and more so in the past five years or so) this divine music culture has been subject to various kinds of disruptive narratives in the form of demeaning its spiritual preponderance, accusing its sacred dimension as being oppressive and projecting it as an entirely secular art form, separating it from its underlying metaphysics, undermining the greatness of our composers, creating divides within the tradition on the basis of language, caste, gender, etc. While the role of a perennial and multi-dimensional conspiracy by several anti-Hindu forces cannot be unnoticed at all, the biggest problem we face here is the ‘Insiders’; cultural transgressions on the part of our own artists. Many of our popular musicians seem to go all out in negating the role of sāhitya in our musical compositions and completely removing the religious or ‘Bhakti element’ which is the essence of Carnatic music. On the pretext of popularising Carnatic music and making it reach to the masses, our music is only becoming more diluted and distorted.

There is also this phenomenon of Hindu Carnatic classical singers falling into the trap of believing that “God is one, music has no religion, no language, no barriers” and so on and therefore singing compositions in praise of gods of different faiths. They do not realise that this is leading to a gradual cultural appropriation that is taking off things that are holistically and intrinsically part of the Hindu worldview and using them to propagate other faiths that believe in explicit proselytization to increase their numbers.Similar and much older trends can be seen with respect to knowledge systems like Yoga and Āyurveda as well as popular art forms like Bharatanāṭyam, Yakṣagāna and Kūḍiyāṭṭam. Here again, the bigger problem is our own practitioners, institutes and academies who, usually through ignorance regarding the manifold implications, not only encourage, but actively involve in and propagate such perversions of the traditional Hindu art forms/knowledge systems.

Keeping in mind the larger picture of Hindu arts and culture, there is a dire need to preserve the richness and greatness of Carnatic music for the future generations and protect it from further vandalism. If constructive attempts are not made to assert, re-establish and reclaim the identity of this art form, to reiterate its Indian/Hindu origin to the world and to maintain it in its purest, chaste and aesthetic form, in a few years from now, a completely distorted discourse based on misrepresentations and false claims may dominate the Carnatic Music scene. We may no longer be able to conduct Ārādhanā-s of our great saint composers or sing songs of our composers on our Gods in our concerts.

Against this backdrop, we propose to hold an exclusive conference under the Swadeshi Indology series, mainly to expose this ongoing damage to this sacred art form and ultimately to Sanātana Dharma. The conference proposes to examine, analyse and respond to this ‘Digestion Syndrome’, a theory propounded by Sri Rajiv Malhotra. It also aims to bring about a game-changing impact, to refute the current undesirable positions in a measurable way and to thereby prevent the ensuing cultural appropriation. Below is a list of topics that can be considered for paper presentations, plenary sessions and panel discussions.

This theme brings in the elements of bhakti, the rich Hindu symbolism, the purānic and other epic references all of which tie it firmly to Hinduism. The various rāga and tāla names, technical terms like nāda, śruti, rāga, mela, laya, gamaka, saṅgati, kāla, kālapramāṇa, manodharma, anuloma, pratiloma, avadhāna, etc., which have significance philosophically/spiritually/metaphysically, are all essentially non-translatables since they are invariably tied to Sanātana Dharma at various levels and cannot be translated to any other language.

There have been various claims made to the above effect. Papers under this theme examine the viability of this proposition factually, by discussing the achievements of non-Hindu/non-brahmin/female musicians through the ages.

III. Experimentation in Carnatic Music: how far is too far? OR

Carnatic music: the way ahead

What is perceived as authentic Carnatic music and the various means of popularising it are discussed under this head. This includes the changes that have happened in the artform historically and the way it is headed now. We propose to discuss what can be done and what is out of bounds. This section also aims at identifying ‘Poison Pills’ like Vedic origin, predominance of Bhakti, significance of Sāhitya that is essentially about Hindu deities and themes, undeniable greatness of our vāggeyakāra-s most of whom are saints, spiritual masters and self-realised souls, integration with temple traditions, pooja rituals and festivals - which are mandatory and essential parts of the tradition, that cannot be reconciled with Abrahamic metaphysics and whose removal or reinterpretation amounts to grave distortion.

An important factor in sustaining an artform is the patronage it receives. While rājāśraya or royal patronage is gone, music is being sustained through janāśraya or patronage of commoners. However, any democratization results in dilution. There is also the problem of hijacking this means to promote an ideology via money and lobbying powers. The necessity of educating patrons and recognizing the possibilities of U-turn being effected are also a part of this theme.

As has been demonstrated well in Breaking India, the eye-opening book by Rajiv Malhotra and Aravindan Neelakandan, classical music and dance forms are two of the very many means used by evangelicals for conversion. The desacralisation and the subsequent Christianisation of music in various manners, the sustained effort that is being put forth with missionary zeal (pun fully intended), the role of media, academia and intellectuals in mainstreaming the idea to make it acceptable - all these need to be dealt with.

While this is by no means an exhaustive list of the aspects that we need to consider in this conference, we hope to make a promising beginning by addressing the above concerns.

PLEASE NOTE: This is not a public call for papers as the theme is a very specialized one. There is no other difference. The invited scholars will be paid honorariums for their work and the proceedings will be published in due course after the necessary editing and formatting is completed.

The concept note can be downloaded here.